The command prompt background can be changed. CMD Commands All Windows Users Should Know. How to create a Wi-Fi hotspot using a command prompt (CMD).
What is the Command Prompt?

The command prompt is very useful for Windows users which is a kind of command-line interface, using which you can manage or access anything on your PC. All you need is to know the commands which are required to access or run a particular thing via command prompt.

If you want to have more control over your Windows PC then I have mentioned some of the best CMD commands which all Windows users should know.

How to open Command Prompt?

Note: It is always advisable to open CMD as an administrator because some of the commands need administrative access. 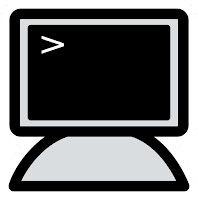 *The SFC command also lets you:

How to Change Command Prompt Color?

You can change the background of the command prompt and the color of the text to make it colorful.

> First of all Right-click on the title bar of the cmd window.
> Select Properties from the context menu.
> Find the Colors tab at the top of the window.
> Select the Color in which you want to change the background and the color of the text.
> Click OK to confirm the change.

You can configure your PC as a wireless hotspot if your network card supports this function.

How to check if the hardware is capable of:

Enable hotspot with this command: