Have we hit peak in smartphone innovation

Have we hit a peak in smartphone innovation? Let's find out about it in this article.

In this article let's talk about smartphones and discuss whether we hit a peak in smartphone innovation. 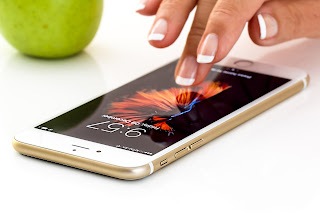 Have we seen improvements in smartphones?

If you noticed the smartphones in the last couple of generations, since past six months a year we are not seeing a huge improvement yes we are getting slight refinements and stuff but I feel in every technology there's a curve like this and now in the traditional smartphone surface, I think so we are reaching that place too.

So we are not getting some huge innovations and stuff yes we are seeing this increase of speed a little bit slight improvements in cameras but the real innovation is not happening and this happened even in the PC industry. If you recall about last decade around 2005 to 2007, we started to see very good computers with quad-core, etc. but suddenly the peak was reached and people upgrading to new computers didn't find a huge difference and I think so the smartphone revolution started the same during that time frame.

For example, The first iPhone, if I recall, was launched in 2007 and then we started seeing android that came into space after that we started seeing true smartphones that were like mini computers and for many people especially in India, I think so their first computing was done on a smartphone rather than a pc and slowly the smartphone became an integral part of it.

We saw huge improvements in every generation from let's say like the processor speeds used to increase quite a bit the camera sensors improved quite a bit but now lately as we are reaching that curve and if you have even a flagship android smartphone since past two years and if you look at the latest flagship Android phones in real-world usage you won't find that much of a difference because the rate of innovation for the regular smartphone has become so good to improve it you have to do something radically different and that is not happening yes we are playing around a little bit with the camera. The stereo speakers are becoming a little bit improved but I won't call it a drastic improvement.

I feel in India specifically the real smartphone innovation started the last couple of years ago thanks to Jio the mobile data became so affordable and because of the smartphones people got connected to the internet and these days we get some very good smartphones even in the mid-range in the price point of about Rs. 10000/-.

Thoughts among us when new smartphones are launched

Let me talk about one thing because I hear this quite a bit whenever a new phone is launched or whatever some people talk about it like most people say "okay I purchased the smartphone that was just launched about six months should I upgrade to this so there is a fear of missing out and these days smartphone manufacturers are launching so many devices so quickly that users feel that they are getting missed out but that's not a simple myth to give you an idea.

There are some of the most powerful smartphones like Asus ROG phone 3, Samsung note 20 ultra and yes these have got very good processor one of the fastest processors that you can get on android that's the snapdragon 865 + on this rog phone 3, but if I compare the daily usage performance with snapdragon 855, I don't notice that much of a difference. Yes in benchmarks this will get better benchmark scores but benchmarks don't matter much in real-world performance.

Now all this depends on person to person opinions it's just for bragging rights yes you have the latest processor I don't but in real-world usage, I would say you won't find a big difference, in fact, I would say even the mid-range processors, for example, the snapdragon 700 series let's say 712-720, etc are so good in terms of speed and performance. Upgrading every year for a faster processor is just a mood right now.

Sometimes you may notice many people get influenced by cameras because these days we see many phones having that 4-5 camera combinations or whatever and people think it is better but this has been proven wrong again and again by pixel they mostly put just one primary camera at the back and that beats many of the smartphones even higher-priced smartphones. So it's not just about the number of cameras, in fact, many are also faking the cameras they just put four but they'd hardly use it so again don't fall into traps like this. It's not like if you have a 64 megapixel or something would be way better than what you are having right now in fact I have seen a lot of smartphones that are having a lower 48-megapixel camera but it performs better than 64 megapixels.

So it depends on the manufacturer how well they optimize it and if they are launching fewer products will spend more time to improve a product but another manufacturer, if say they are launching a new phone every month or 45 days doesn't really put that much effort in optimizing that smartphone so that is something you have to note and I frankly feel too many smartphones are getting launched and if you have a good enough smartphone that you bought recently just don't get into that fear of missing out.

I feel we have reached that stage of what we have seen in the current smartphone form factor and I think so things need to change and I feel it will change but we are in a situation right now yes foldable offer a lot of opportunities and new form factors but the thing is that these foldable are super expensive. As of now, the Samsung fold smartphone costs two thousand dollars the new one is also being rumored to be about that so these are very expensive.

So this will take a lot of time to come into the mainstream they have to go below thousand dollars Microsoft also is now trying something we don't even know on what they will work, will this form factor work or some other kind of affordable.

So I think this will be a transition phase for the next couple of years and finally, eventually, we will see foldable that will be the new wave. How will it be when it will be is a big question because right now these foldable are just too expensive and they really need to come down in the price point to be attractive to normal users. but that will definitely take a lot of time.

If you already have a good smartphone just don't have that fear of missing out syndrome that you need to upgrade to a latest and the greatest and these days what is happening is manufacturers are just playing around with the colors polishing stuff, it's like become the fashion industry now instead of real technological innovations that you will see it's become of like what do you say how cool it looks.

I hope things change with the foldable and I don't know what else we were having a lot of hope with smartwatches but that category just simply did not explode because still good smartwatches are very expensive so I hope this changes and we move to a new form factor but I feel that will take a couple of years.

Anyways hope you like this article. Do mention your thoughts regarding this article in comments.