Is the security for 5G mobile wireless networks an issue?

Is security for 5G mobile wireless networks an issue? Is 5G a security risk? Let's know about an overview of 5G security challenges and solutions. 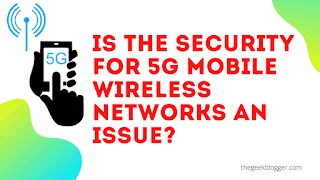 If you haven’t heard about the powerful 5G mobile network and its possibilities yet, let’s look into some facts & know if the security for 5G mobile wireless networks an issue.

One of the reasons is a very short response time, also known as latency. It makes the communication between the sending and receiving ends way faster. It also provides higher speed, which eventually might become even 100 times faster than 4G. 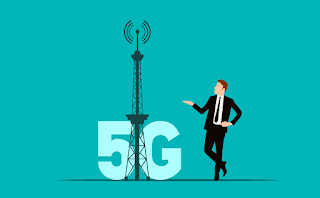 5G means that internet penetration will be much higher, and more operations will rely on internet connection in the future. Thus, we’ll be surrounded by various networks more than ever before. However, as with most innovations, there is a flip-side, too. 5G security is another important aspect we should discuss. Let’s see what the risks are here. Firstly, 5G uses the frequency spectrum, which is similar to other remote-sensing devices. As a result, it might interfere with satellites used by weather forecasters and in commercial aviation, and disrupt their operations.

How 5G can be used including possible security risks?

5G can be used for surveillance. Some countries accused Chinese vendors of using their devices with a 5G connection to spy on foreign users. Snoopers can also use 5G to gather metadata in cases of mass surveillance. Some researchers describe 5G as insufficiently tested and claim that it will expose a vast amount of data. The number of denial-of-service (DoS) and other attacks is also expected to increase. Due to 5G’s high speed and latency, more operations will rely on internet connection.

The Internet-of-Things devices will also become even more widespread. As a result, we’ll become more vulnerable to attacks as there will be even more data traveling in the open and stored in cloud servers. It means that hackers will have even more opportunities to disrupt, snatch it, or just play around with our devices. With the ever-growing reliance on the internet, their attacks can cause even more significant damage. But how can we protect ourselves and use this technological advancement safely? As the need for network protection will only grow, we should ensure security by using a VPN (a virtual private network). A VPN encrypts your traffic, so no one can see what you do and intercept it.

Users should also prefer applications offering extensive encryption capabilities, such as end-to-end encryption and reliable algorithms. You should also minimize the number of connected devices you use.

Do you need a blender with a Wi-Fi connection?

Don’t forget that it can be a potential gateway for hackers. Moreover, protect your devices - use the most up-to-date antivirus security software and make sure to tune up its settings for maximum safety.