Home
Gaming
How to

How to let steam discover existing game files without downloading them?

Are you looking for steam to discover existing game files without downloading them? 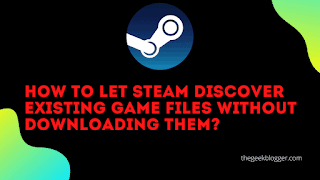 Don't want to download the game again which you already own on your steam account but for some reason, you deleted the game and want to reinstall but you don't have enough internet to download it which and why you copied the game from your friend's computer and you want that you copy the game on your PC & run it via steam without downloading again then you are in the right place.

Steam is a video game digital distribution service by Valve. Also, it is the ultimate destination for playing, discussing, and creating games.

How to detect existing game files that are already downloaded from different sources?

Let's know step by step that, how to let steam discover existing game files without re-downloading them, the games which you already purchased or owned and added to your library:

> Copy the original downloaded game files on the common folder which is located inside the Steam folder.

( Steam > steamapps > common ) For Eg. I have copied GTA V files which are shown on the screenshot.

> Open your Steam select the particular game of which you copied the files.

> A popup will appear where choose the location for the install where your Steam folder exists then click Next. 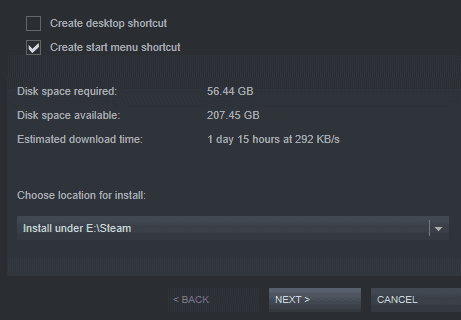 > All done! Now steam will auto-detect your game files and will discover all the game files that you copied.

> After your game files are discovered Steam will install some necessary files after which you will be able to launch the game via Steam.

So, that's all, the steps on how to add a game to the steam library without downloading. If you face any issues while following the steps above, then feel free to comment down below.