In this article let's understand in brief the new India's IT rules for all social media platforms i.e Facebook, Google, WhatsApp, Twitter, etc. 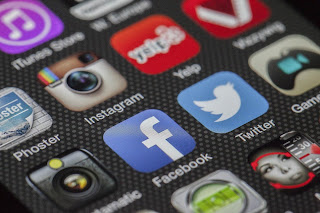 New IT Rules explained in brief

These rules require significant social media intermediaries - providing services primarily like messaging - to enable identification of the "first originator" of the information that undermines the sovereignty of India, security of the state, or public order.

At a press conference, Electronics and IT Minister Ravi Shankar Prasad said the basic essence of ‘The Information Technology (Guidelines for Intermediaries and Digital Media Ethics Code) Rules, 2021’ is a “soft-touch oversight” mechanism to deal with issues such as the persistent spread of fake news, abuse of these platforms to share morphed images of women and contents related to revenge or to settle corporate rivalries.

“Social media is welcome to do business in India, they have got good business and have also empowered ordinary Indians... But it is very important that crores of social media users be given a proper forum for the resolution of their grievances in a time-bound manner against the abuse and misuse of social media,” Mr. Prasad said.

The government has also been at loggerheads with WhatsApp for over two years on the issue of tracing the originator of messages on the platform. The Facebook-owned firm has in the past refused to comply with the government’s request to trace the origin of a fake message, stating that the move will undermine the private nature of the platform.

The intermediary will also have to provide information or assistance to the authorized government agency for “investigative or protective or cybersecurity activities, for verification of identity, or the prevention, detection, investigation, or prosecution, of offenses under any law for the time being in force, or for cybersecurity incidents” within 72 hours of the receipt of an order.

Further, a significant social media intermediary would need to appoint a Chief Compliance Officer, a Nodal Contact Person, a Resident Grievance Officer, all of whom should be residents in India. They would also need to publish a monthly compliance report mentioning the details of complaints received and action taken on the complaints as well as details of contents removed proactively.

Non profit legal services organization Software Freedom Law Centre, India (SFLC.in), said the Rules could undermine the principles of open and accessible Internet, the fundamental right of privacy, and freedom of speech and expression enshrined in the Constitution. This could also lead to an erosion of the safe harbor protection given to intermediaries under Section 79 of the IT Act, it stated. He added, “Enabling and maintaining freedom of speech is core to social media platforms.This policy will help protect the interest of citizens at large and keep nefarious elements at bay”.

Thoughts on New IT rules

Once, new IT rules come into effect the only thing matters is the user's privacy & data protection and taking down all sorts of misleading content that are posted or shared on social media.